The Passing of Dr. Richard E. Wilkin – First Administrator of the Churches of God, General Conference 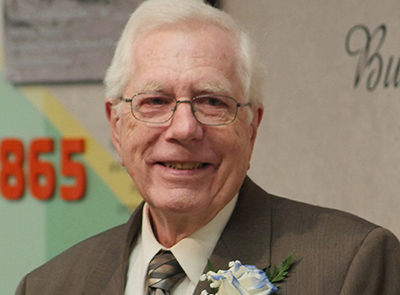 Early this past Tuesday, Dr. Richard Wilkin entered the presence of Jesus. I thought it would be appropriate to share about the impact our dear brother had upon the Churches of God, General Conference.

Dr. Wilkin served as the first Administrator of the Churches of God, General Conference. Dick began his service with the CGGC (at the time, we were still known as the General Eldership of the Churches of God in North America) in 1970. He would serve in that role until the end of 1986 (the title of Administrator has been changed today to executive director). His service to the church and his influence and leadership were a tremendous gift to the life of the church.

Dick started his journey with the CGGC as a baby in the Sugar Ridge Church of God in Convoy, OH. His father, Gaylord Wilkin, would eventually receive a call into ministry which led the family to relocate to Findlay, OH to pursue education at Findlay College. Gaylord served as a pastor in the CGGC for forty-eight years. Dick’s mother, Beulah Tarlton Wilkin, also served as a pastor in the CGGC in the late 1940’s and early 1950’s. Gaylord was called to the Wharton Church of God in Wharton, OH from 1939-1943 and it was in a revival service in Wharton where Dick made a public commitment to faith in Jesus and was baptized.

Dick attend Findlay College with the intent to study business and prepare to teach. Dick had also explained that he had vowed that he would have as little to do with anything resembling the pastorate as possible being a self-described introvert. Of course, the Lord had other plans. In 1951, Dick joined The Gospel Five, a traveling music ministry group of four young musicians, three of which were preparing for the ministry. Dick’s time serving with the Gospel Five in 1951 and 1952 had a profound influence on Dick and prepared him to respond to his own call to ministry. 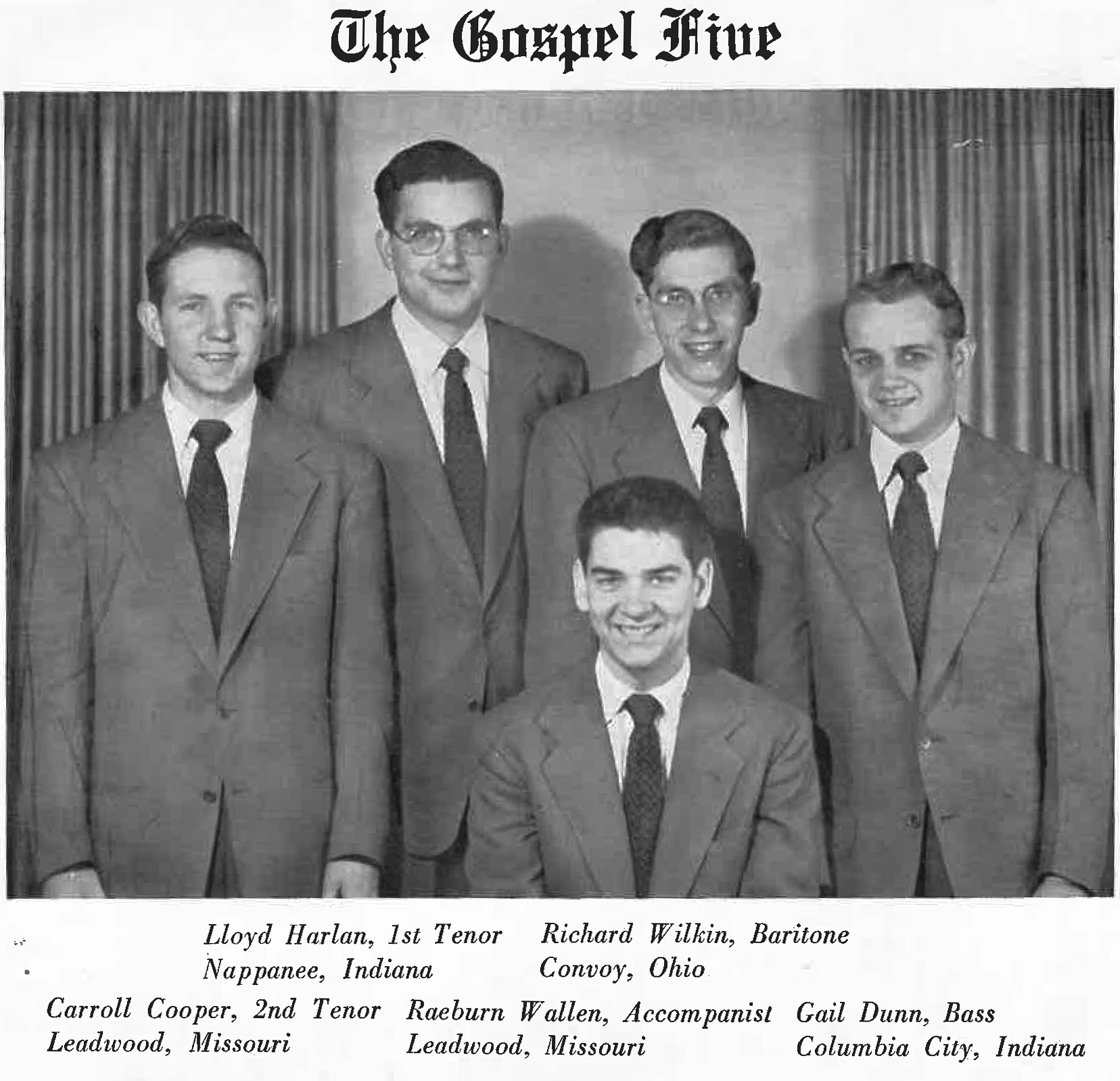 During this same time, Dick and his future wife, Barbara Anne Zehender would meet, become engaged and marry in August of 1952. Dick graduated from Findlay College in 1952 and accepted a call to the Neptune Church of God in Mercer County, OH. He would serve that congregation from 1952 to 1958. He also taught in the local schools to supplement the family income.

Dick left Neptune in 1958 to pursue a master’s degree at Indiana University. He would accept a call to pastor the Wharton Church of God in 1959 and served at Wharton until 1964. The Wilkin family accepted a call to serve the Anthony Wayne Church of God in Fort Wayne, IN where Dick would serve as pastor from 1964 until 1970

In 1970 he was invited to take on the role of Administrator of the General Eldership, a new position for the denomination. It was under Dick’s leadership that the denominational headquarters would be relocated to Findlay, OH. This was the first of many changes that would be implemented throughout Dr. Wilkin’s tenure as Administrator. In 1975, the denominational name was changed to its present name: Churches of God, General Conference, reflecting our world-wide scope beyond North America. He also led the CGGC in establishing a national pension program for ministers, the building of the Center for Christian Ministries to serve as the headquarters in Findlay and the 150-year celebration of the Churches of God.

The initial priorities of Wilkin’s ministry as administrator focused upon building stronger relationships and alignment between the General Eldership and the local conferences and elderships across the United States, improving the fiscal soundness of the body, and improving the quality of pastors in the denomination. He was also instrumental in the development of the efforts of world missions with the CGGC. It’s difficult to give a full appreciation to the impact of his leadership and his influence upon the CGGC. Dick loved Jesus and loved the CGGC and he served both well with everything that was in him.

After his retirement from the CGGC, Wilkin would continue to invest into the lives of others by serving as the Director of the Institute of Biblical Studies & Field Education at Winebrenner Theological Seminary from 1987 until 1992. Dick would also serve as interim pastor at the Shawnee Church of God (OH) in 1987 and the College First Church of God in 1991-1992. He served on the Board of Trustees at the University of Findlay from 1985-2008 and at Winebrenner Theological Seminary from 1980-1987. He also served on the board of directors for the Great Lakes Conference Foundation in its early years. He was sought out often to serve in consultation and advisement roles to congregations and ministries throughout his retirement years.

I was only three months old when Dick began his service as administrator for the CGGC. My earliest memories of meeting Dick were from my seminary years in the early 90’s. Dick and Barb hosted me and my trusty roommates, Trevor Rosenberry and Dwight Lefever, for meals at their home from time to time which provided a nice break from our studies and our poor culinary skills. Over the years I’ve been blessed to get to know Dick and hear some of his stories from serving throughout the CGGC. He had some wonderful stories to tell. Here’s a few of the things I observed and appreciated about Dick and his ministry.

He had a passion for higher education and a love for the University of Findlay. It was one of the marks of his time as administrator, to see more pastors be able to take advantage of the benefits of higher education. That was a thread that would run well into his retirement years as he kept investing in young pastors-in-training. He wanted to see people trained and equipped to serve the church to the best of their God-given abilities.

It didn’t take very long for me to figure out that Dick had a love for his alma mater: The University of Findlay. I’ve attended a fair amount of UF football and basketball games over the years and I saw Dick and Barb at most of them (typically seated alongside their dear friends Darrell and Alberta Prichard). Their love for the UF went well beyond the athletic fields and courts. Dick was named a distinguished Alumnus in 1973 and was awarded a Doctor of Divinity Degree in 1975. He served on the board of trustees for 23 years and was honored for his service with the establishment of the Richard E. Wilkin Chair in the College of Arts, Humanities, and Social Sciences. The Wilkin Chair is awarded annually to a faculty member in the College of Arts, Humanities, and Social Sciences who embodies excellence in scholarship, teaching and service. Dick and Barbara also established the Richard E. and Barbara A. Wilkin Scholarship Endowment to further support the work of the University of Findlay.

Dick had a deep commitment to Jesus, a love for His church and a passion for prayer. I observed this both in first-hand encounters and in thumbing through the pages of our history. Jesus reached out and grasped Dick back in the early 1940’s and that made all the difference in his life. His commitment to Christ shaped his life and journey in profound ways. Every time I had an opportunity to talk with Dick in recent years, our conversations typically led to discussions about the state of the church in North America and his longing to see the church step into her full potential for the kingdom of God. He loved the church and desperately wanted to see the church fulfill her mission here on earth. I was also struck by Dick’s deep faith and his passion for prayer. In recent days, I’ve heard story after story about the depth of his prayer life and the deep connection he sought to maintain with his heavenly Father. His life bore the fruit of someone who had walked closely with Jesus and it exhibited a depth of faith that was both uncommon and refreshing.

Dr. Wilkin carried himself with a seriousness that could be intimidating and yet he possessed a wonderful ability to laugh at himself and not take himself too seriously. I’ve heard him tell the stories over the years and I was reminded as I perused old Church Advocates this past week that he had a refreshing ability to find humor in his less than perfect moments. Some of you will no doubt remember some of those stories too! Dick shared about the time he was serving communion (back before the days of air conditioning) and walked in front of the fan with the communion tray of wafers resulting in wafers being blown all over the sanctuary floor. There was the wedding ceremony where he dropped the first ring down the heat register – listening to it cling and clang all the way down the vent to the basement furnace, only to do the same thing with the second ring as well. Dick told these stories about himself frequently, he knew how to laugh at himself and it was the fruit of the humility that Jesus had shaped in him through a lifetime of loving, following and serving the Lord he loved so much. 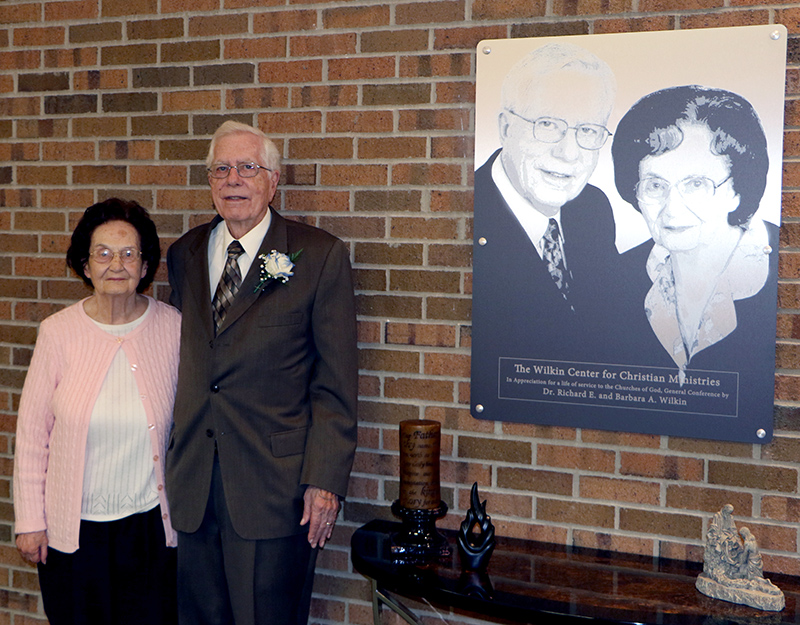 I last had the opportunity to speak with Dick just a few weeks ago. As was typical with Dick, he was honest with me – it hadn’t been a good day for him. As a matter of fact, Dick relayed, “I don’t have many good days anymore, Lance, but I have better days ahead!” He was still focused upon loving, following and trusting Jesus, even during difficult days.

Please keep Barbara and their family in your prayers in the days and weeks to come. You can find more information about services and the full obituary at Richard Edwin Wilkin Obituary - Visitation & Funeral Information (coldrencrates.com). 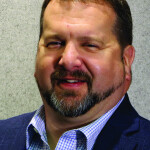 How are You Engaging Your Culture? – Part 4 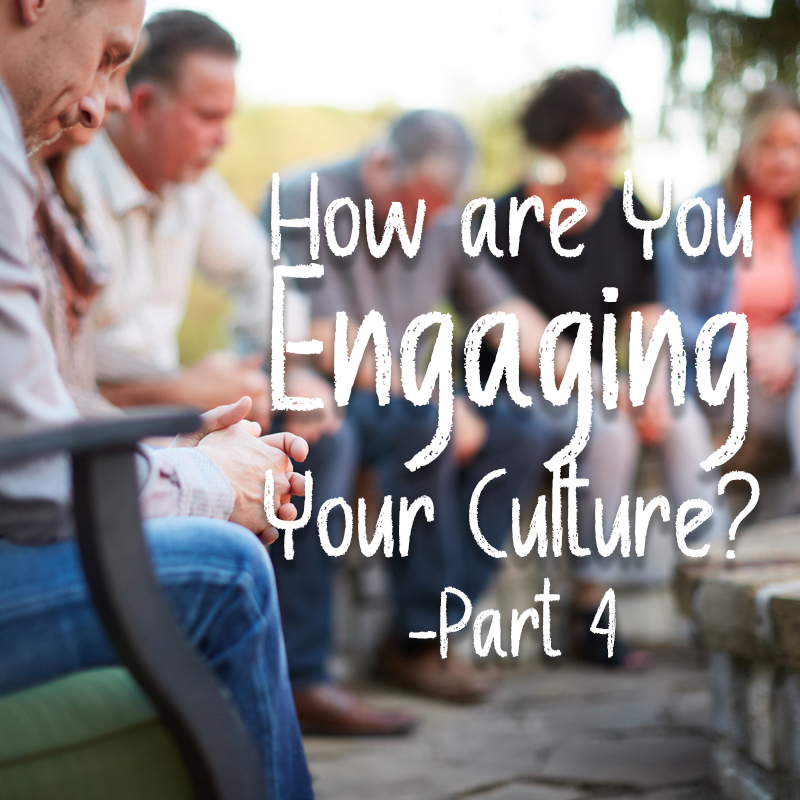 How are You Engaging Your Culture? – Part 3 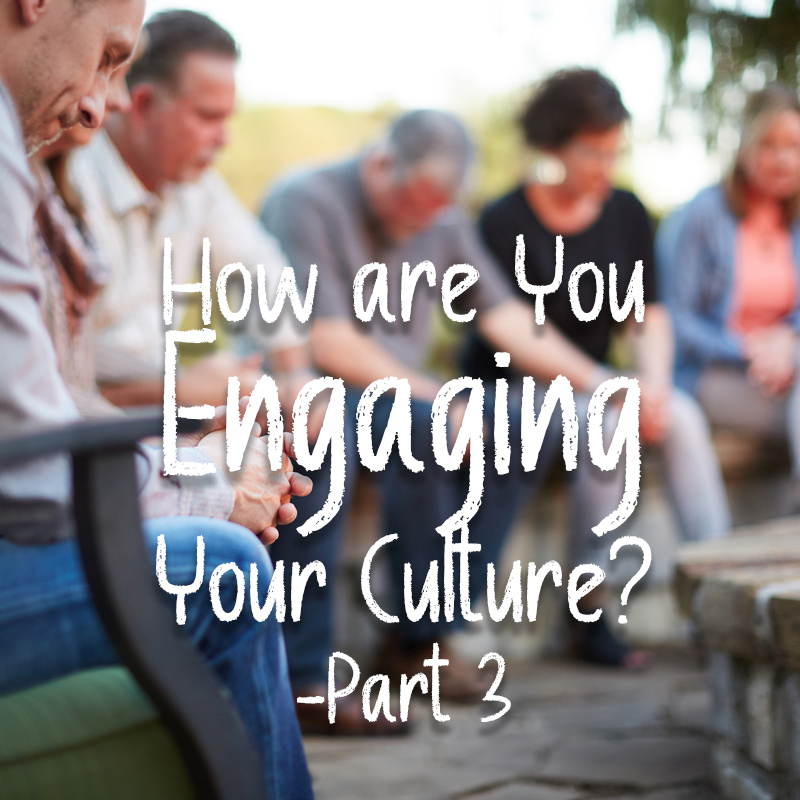 How are You Engaging Your Culture? – Part 2 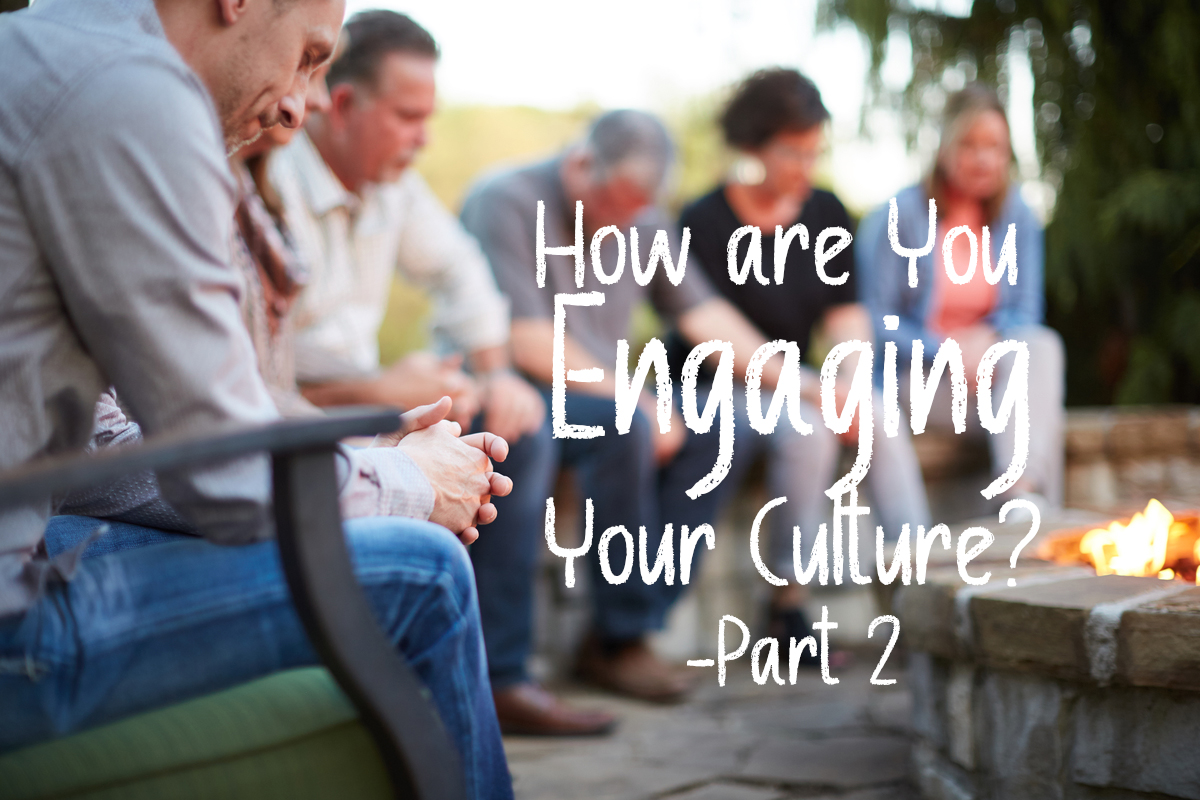